Why are Doctors Leaving the NHS? 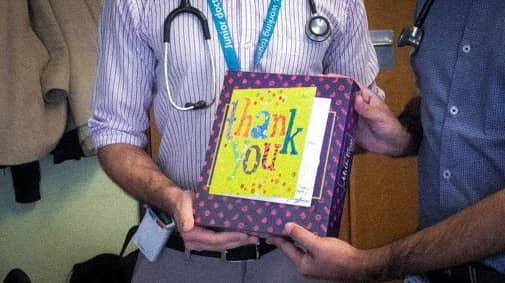 How could somebody leave the NHS?

I imagine that much of our reservations for hearing out those who move on from their roles as Doctors, stems from our belief that the NHS should be protected at all costs.

An organisation so beloved yet so brittle; how do we simultaneously criticise that which we are so desperately trying to repair?

Yet, the fact remains: the NHS is suffering an ongoing exodus of talent, a source of internal bleeding that the outside world cannot see.

And, if we don’t give this problem the rightful attention it deserves, there’ll likely be irreparable damage to the NHS.

Nobody wakes up one day and decides to leave the NHS; the thoughts and symptoms are insidious.

Every now and again, something or someone brings the idea of cutting the cord to the forefront of our minds.

This week, for me, it was a fellow doctor’s public explanation of why he decided to leave the NHS, Dr Yusef Smith.

I wasn’t taken aback by any of the reasons that Dr Smith provided on Twitter, nor did anyone else who had seemingly worked within the NHS, but the rest of the world did. 7,000+ retweets. 25,000 likes. The replies speak for themselves.

His commentary of the trials he faced as a doctor read like a typical junior doctor’s group chat: poor conditions, poor pay, poor morale.

Yet, somehow, seeing it all before me as the reason why we’d lost a talented colleague, made me think: if that was enough to make him leave, how many others suffer the same predicament? How long before my friends leave? How long before it’s me?

So, if those tweets weren’t enough for you to empathise with why doctors are leaving, here are some of my thoughts on what drives me to consider doing the same.

I’m not going to ignore the elephant in the room — Doctors have to dance around the subject of remuneration out of fear of being called ‘selfish’ or ‘immoral’.

I’ve never told anyone outside of the NHS my monthly salary without them replying in shock: “Is that all?” — This should tell you all you need to know.

Doctors have to study for a minimum of 5 years (undergraduate) to attain their degree. Not only does that rack up an eye-watering amount of debt, but those are also all years that we could have been getting paid, should we have taken up another vocation.

I once remember running between back to back medical emergency calls on a night shift. I was a junior doctor in my first few months of work. I was tired, famished and sweating from the physical and mental exhaustion. After things had settled, I contemplated how it was likely the most difficult hour of work I had ever experienced. I looked at the time — just a single hour had passed. Out of curiosity, I calculated how much I was paid for that single hour — just over £13. Is that all my time and effort was worth?

Some of my friends have left the NHS to practise medicine abroad. They’re paid a whole lot better, several times more, in fact. What are we doing to stop this?

Others are flocking to consultancy jobs at firms like McKinsey, dropping out of medicine completely. Their pay pretty much doubles. More upside, less risk. What are we doing to stop this?

It goes without saying that a job that holds more risk is expected to compensate its workers for that increased risk.

Now, let’s for a second ignore all the ‘everyday’ risks that doctors face (disease, effects of unsociable hours etc.). After all, one could argue that it always existed and we’d be fools for becoming doctors and then complaining after the fact.

So, let’s see what happened during the pandemic —  a virus that’s killed hundreds of thousands. Doctors faced it day in and day out, had friends and family members die on the frontline and wore bin-bags to protect themselves when our government couldn’t.

No bonus, no benefits, no reform. Just some claps every Thursday.

I don’t like it when the government calls us ‘heroes’. As if, we have a superhuman tolerance to accept conditions that ordinary humans would not. It forgives the need to acknowledge that some of us were stretched beyond repair, because we’re ‘heroes’, and heroes simply show up and do their jobs, right?

When we show up to work in the morning, we’re paid from the beginning of the hour. But in reality, you have to hit the ground running, so you turn up earlier to prepare for the morning ward round.

The car park, if you’re lucky to have enough space, isn’t free of cost either. If it’s packed, you might end up parking somewhere which slaps you with a parking ticket. It’s either: find a more suitable parking space elsewhere, or delay patient care, which almost always means you accept the ticket, often negating the entire day’s pay.

All the technology we use is, to put it nicely, ancient, inefficient and hanging on by the thread of a team member’s unexpected IT skills.

So, I’m sorry if I can’t discharge your family members on time, I’m often waiting for a working, available computer.

And those jobs I have that should take an hour, will actually take me the entirety of the day — the systems are down, slow or riddled with inefficiencies.

This will delay your patient care, and mean that instead of spending more time talking to you by the bedside, I’ll have to speed things up to accommodate for these expected delays.

So that means less time being a doctor, more time compensating for an underfunded system.

And this isn’t just where I work, I have friends all across the country who’ve experienced no different.

Doctors hold transferable skills that most disciplines would benefit from.

So, is it any surprise that if a company offered us better pay, less risk, better working conditions and benefits, that some of us may just take up that offer?

Doctors today are entitled. Not in a bad way, but in the sense that they’re beginning to see that they no longer have to accept less than they’re worth.

The world is a big place, and they’re smart enough to see when there’s more light at the end of a different tunnel.

I also think that there’s a big fallacy surrounding why the public think that Doctors enter the profession: that ‘we have a passion for it’.

For many, there’s a belief that in order for doctors to brave the countless hours of training,  the gruelling shift patterns, the ability to work with blood and guts without a shudder,  we must surely be doing so because we enjoy every second. Hence, the shock some experience when a Doctor quits- they try to publicly shame them, labelling them as frauds.

The truth is, medical careers are just like every other. From my personal observation, and I’m sure many others, only a minority are passionate about their work. Some of the best doctors I’ve met don’t necessarily enjoy what they do, they just happen to be bloody good at it.

Once you understand this, it’s easier to accept the fragility of the situation we’re dealing with.

If there are very few reasons worth staying in the NHS, and a sea of hands reaching out to pull us towards something better, would you blame us for saving ourselves from a sinking ship?

On a Personal Note

I love being a doctor.

I love the privilege of treating you at your weakest, and doing my very best to bring you back to good health.

I love the moments where you disclose the secrets of your personal life to me, because you’ve got no one else to tell it to.

I love that I don’t have to ask about your finances before deciding to offer you the very best treatment the world has to offer.

I love the ability to summon experts from every medical specialty in the hospital to help you get better, because we all share the same goal.

And, I love watching you rush to get home to your families, as your children come to collect you.

I love working with my team, too.

I love how they pick each other up when they’re emotionally exhausted.

I love how a simple coffee together can make up for all the stresses of the day, but sadly, you see, it still may not make up for everything that's driving me away, too.

I’ll always continue to encourage students to become doctors, in the hopes that they see a better system than I have. But, I fear that my actions may speak louder to them than my words.

I love being a doctor, but I have little enthusiasm for a medical career in this NHS.

Am I selfish for thinking this way? Perhaps, but I think any self-respecting person in the same position would very much understand.

I don’t expect anyone’s approval for doctors leaving the NHS.

I don’t expect empathy for their predicament, either.

I do, however, want you to understand that it’s happening regardless.

I do want you to know that it’s a very real problem, and sadly, I don’t foresee it being tackled soon enough.

P.S. I still work in the NHS. I understand that my viewpoints may represent a minority, which are also skewed by the fact that I have other strong aspirations outside of medicine. However, I operate closely with enough doctors and medical students to identify this as a worrying trend. Many doctors who are leaving the NHS are also lucky enough to be safety-netted by successful ventures outside of medicine. But, what are we doing to encourage them to stay, at least part-time? This article does not represent the entirety of my thoughts on the topic and there may be ambiguities of meaning within my articulation (which are inevitable), as I write these articles every week as part of my newsletter (I have a strict time frame that I hold myself to!). If you have any questions, thoughts or would simply like to hear me clear up a specific point, I’d love to get back to you on twitter. Thank you for reading.