What You Can Learn From A Mexican Fisherman 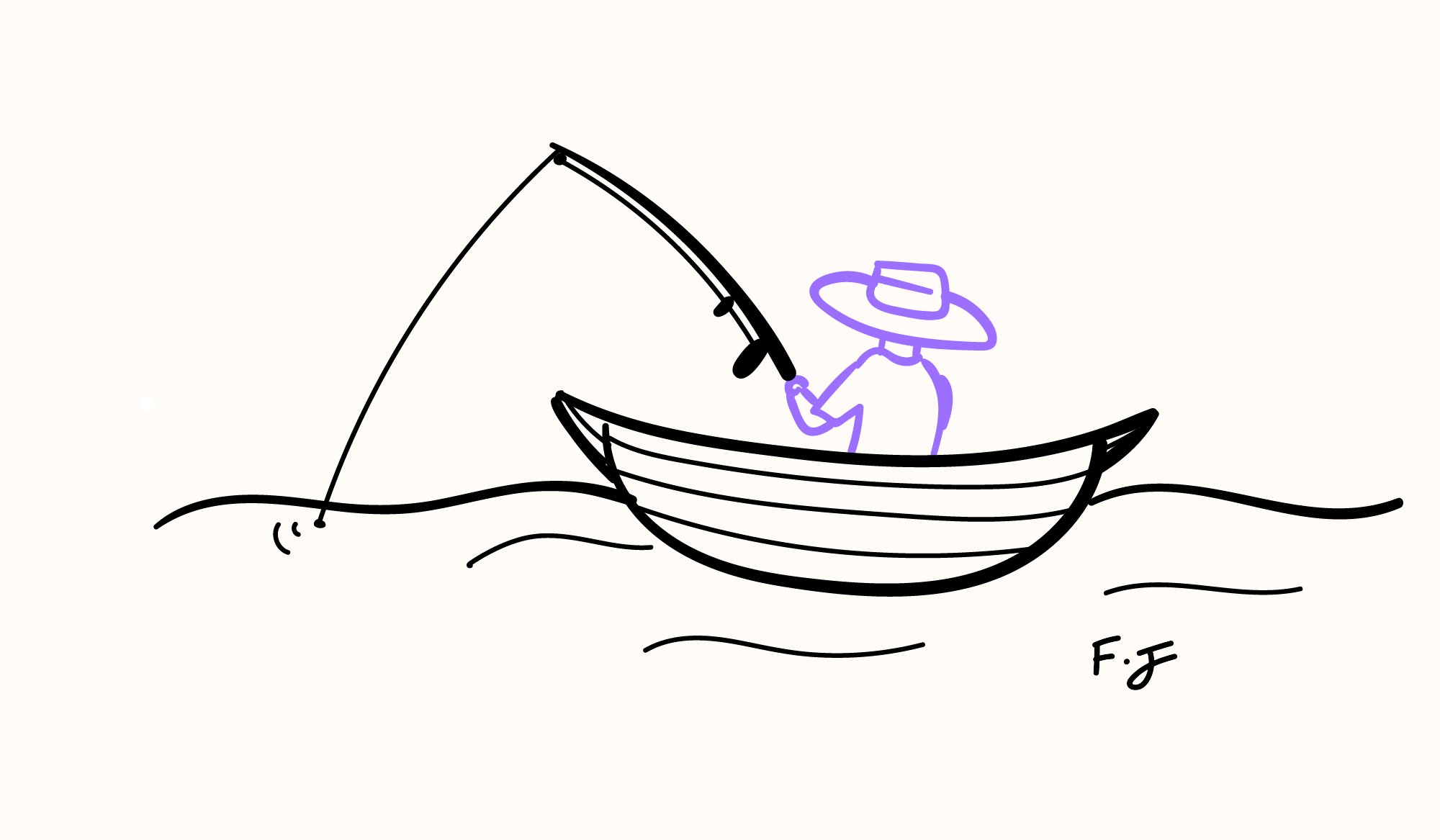 Parable - The Mexican Fisherman and the Investment Banker

An American investment banker was taking a much-needed vacation in a small coastal Mexican village when a small boat with just one fisherman docked. The boat had several large, fresh fish in it.

The investment banker was impressed by the quality of the fish and asked the Mexican how long it took to catch them.

The Mexican replied, “Only a little while.”

The banker then asked why he didn’t stay out longer and catch more fish?

The Mexican fisherman replied he had enough to support his family’s immediate needs.

The American then asked: “But what do you do with the rest of your time?”

“I sleep late, fish a little, play with my children, take siesta with my wife, stroll into the village each evening where I sip wine and play guitar with my amigos: I have a full and busy life, señor.”

“I am an Ivy League MBA, and I could help you. You could spend more time fishing and with the proceeds buy a bigger boat, and with the proceeds from the bigger boat you could buy several boats until eventually, you would have a whole fleet of fishing boats. Instead of selling your catch to the middleman, you could sell directly to the processor, eventually opening your own cannery. You could control the product, processing and distribution.”

Then he added: “Of course, you would need to leave this small coastal fishing village and move to Mexico City where you would run your growing enterprise.”

The Mexican fisherman asked, “But señor, how long will this all take?”

“But what then?” asked the Mexican.

The American laughed and said,

“That’s the best part. When the time is right you would announce an IPO and sell your company stock to the public and become very rich. You could make millions.”

“Millions, señor? Then what?”

To which the investment banker replied:

“Then you would retire. You could move to a small coastal fishing village where you would sleep late, fish a little, play with your kids, take siesta with your wife, stroll to the village in the evenings where you could sip wine and play your guitar with your amigos.”

Each and every time I read this parable, I’m amazed by how it so accurately depicts the ‘rat race’ and everything that’s wrong with it.

The banker falls prey to the trap of the ‘rat race’, an endless, self-defeating pursuit of chasing financial wealth at the expense of the present moment.

This parable effortlessly blends together numerous lessons that are worthy of individual exploration:

Stop Chasing What You Already Have

The most striking takeaway from this story is that the banker wanted the fisherman to pursue a life that provided that which he already had.

The fisherman’s “full and busy life” consisted of pastimes that equate to what many of us would arguably consider components of a full and happy life:

“I sleep late” = The freedom to spend our time as we wish.

“fish a little…sip wine and play guitar with my amigos” = Having time for hobbies, relaxation and spending time with friends.

“play with my children, take siesta with my wife” = Spending time with family and developing fond memories.

“stroll into the village each evening” = Living without the stress of urgency.

By only working to fulfil his and his family’s “immediate needs”, he allocated the rest of his time to live his life the way he wanted to.

It’s important to note that the investment banker did not say that the end-goal was financial wealth.

The end-goal, as pictured by the banker, was the ability to spend our time as we wish with whom we wish to spend it with, just as the fisherman was doing.

Blinded as he was, even the banker knew that monetary value comes in the form of what the money can be exchanged for, not the money itself.

The Rat Race is Blinding

The notion that we have to accumulate wealth before we can live full and happy lives is completely false.

Whilst a rich man may not endure the same financial struggles as a poor man, the time he spends with his family isn’t any sweeter and his laughs don’t get any louder.

In fact, he may have sacrificed the very experiences he sought through his hustle to pursue them.

The rat race is often described as self-defeating; it blinds you into chasing that which may already be beside you.

Think to yourself: how many times have I passed on spending time with loved ones under the non-sensical guise of ‘working hard to spend more quality time with them in the distant future?’

Question Why You Do Things

The Mexican fisherman was very much living in the present.

In the parable, he does something that many of us fail to do in our lives: question why we do what we do.

By repeatedly asking “then what?” to the banker’s plans, he unpacks the ‘why’ behind his vision.

It’s only by getting to the underlying ‘why’ that he’s able to expose the paradoxical goals of the banker.

Although the fisherman’s intrigue in exploring the banker’s plans implied that he may have been interested initally, if he hadn’t asked those questions, he, like many of us, would have been trapped in an endless chase without a ‘why’.

A Full and Busy Life

We often hear that in order to achieve a ‘full’ lifestyle (i.e. the sustainable ability to live the way we want to), we need to keep ourselves ‘busy’ in the years working up to it.

‘Busy’ is increasingly and synonymously used to describe being pre-occupied by tasks that we have to do, as opposed to that which we want to do.

The problems here are the implications that:

Time and time again, society falls into the trap of the rat race, myself included.

We prioritise our time around what we don’t want to do and spend the scarce leftovers on what we would like to do.

Sadly, in the process, we miss out on living the very life we seek to live in the future.

But, if we all allocated a little more time to play the guitar with our amigos today instead of a distant tomorrow, perhaps we too could start living full and busy lives.