This is How You Achieve Perfection 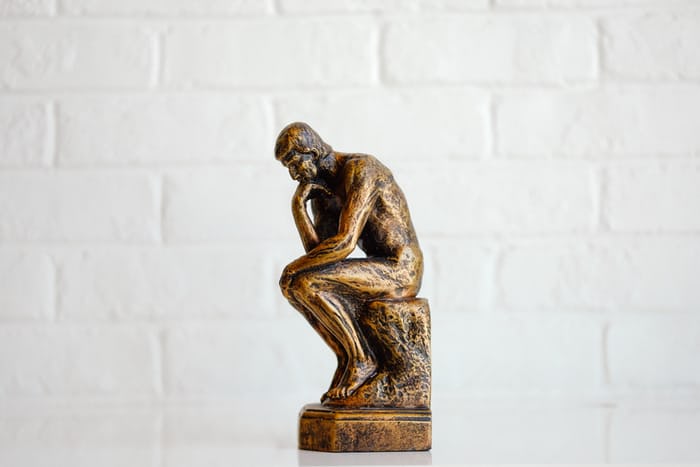 I love this quote. It’s an extract from a book written in 1939 (“Wind, sand and stars”), where aviator Antoine de Saint-Exupery writes about aeroplanes as a tool that needed generations of evolution in order to meet its sole ‘principle’: simplicity.

He outlines such a profound principle that it’s since been referenced for use in many other domains of life - routine, creation and self-development, among others.

I find that we often fall into the trap of believing that adding more will bring us closer to a perfect life: buying that new gadget, finding that dream partner or adding more to that piece of work.

Doing so gives us a tangible excuse to continue running on our hamster wheel, feigning ignorance as to why the hell we’re even running in the first place.

But how often do we subtract from our lives?

How often do we remove things from our routines, throw away unused belongings or simplify our communications to their bare bones?

Whilst it’s true that you have to have added something before ensuring it remains in the minimal end-outcome, that’s usually not the part that we have trouble with.

When there’s nothing left to take away, it’s implied that you have taken away, because not all that is added is needed.

To strip away until what’s left is essential is an exercise of mindfulness.

It forces you to think about what really matters, why it belongs and why it deserves to stay.

Sometimes, it’s what you add that takes away from you, and what you subtract that gives more than it ever offered.

“And now, having spoken of the men born of the pilot’s craft, I shall say something about the tool with which they work, the airplane Have you ever looked at a modern airplane? Have you followed from year to year the evolution of its lines? Have you ever thought, not only about the airplane, but about whatever man builds, that all of man’s industrial efforts, all his computations and calculations, all the nights spent over working draughts and blueprints, invariably culminate in the production of a thing whose sole and guiding principle is the ultimate principle of simplicity?

It is as if there were a natural law which ordained that to achieve this end, to refine the curve of a piece of furniture, or a ship’s keel, or the fuselage of an airplane, until gradually it partakes of the elementary purity of the curve of a human breast or shoulder, there must be the experimentation of several generations of craftsmen. In anything at all, perfection is finally attained not when there is no longer anything to add, but when there is no longer anything to take away, when a body has been stripped down to its nakedness.”