The Tools We Owe Our Life To 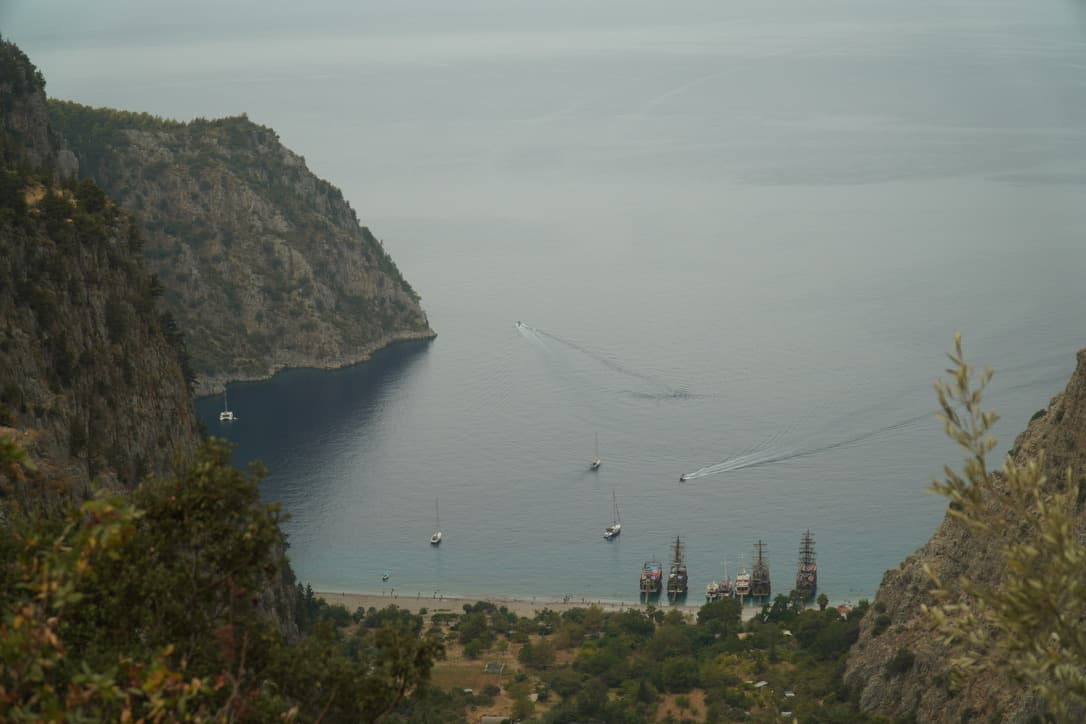 On the Mediterranean coast of Turkey in the Fethiye district, sheltered between opposing walls of rock, you can find Butterfly Valley, named after its diverse species of butterflies.

This was one of the few locations I visited on my solo trip to Turkey, back in 2020.

At the top of the valley is a small village called Faralya where I stayed, thanks to a discreet listing on Airbnb.

Jagged, unfinished and untidy, the small house I’d found was only accessible from a narrow road that weaved  around the mountain’s edge.

But this small abode had a unique charm about it, cocooned in natural beauty. It wasn’t the safe or comfortable option, and that’s exactly why I had to choose it.

I booked a stay for three nights, excited to see what unique experiences and perspectives it would bring.

The house owner was young and welcoming, followed everywhere by his dog, Jojo.

After my arrival and initial sleep, I woke up to an offer to join the owner on the first floor (which combined his room with an unfinished one, completely exposed to the outdoors) for some breakfast.

We enquired about each other’s lives and cultures over coffee. He was no older than me, with our conversations only juxtaposed by our circumstances.

I then asked him about his previous guests, which is when he went on to surprise me.

He told me stories about visitors, friends and impolite guests, but most interesting was the ‘guy who asked him to bypass the Airbnb payment system’ to save some money on the handling fees.

He talked about him in disgust, as though he had not only disrespected the service that had given him the chance to earn a living, but also at the idea that he would even consider such a betrayal.

This reaction was foreign to me, and it took me some time to really understand his perspective.

I’d never thought about a tool that way, let alone a service that was run by a huge company.

I mean, who would know if you bypassed Airbnb to book directly and save on some fees? It’s not illegal, nor is it particularly frowned upon in the society most of us were raised in, but something about what he said struck a chord with me.

Airbnb had made it possible for him to reach a global audience from a tiny village with little internet connection. They made it easy for him to upload pictures of his unconventional home, have it advertised on their website and process all his payments, all whilst earning him a fair and comfortable living. And he could do all this from a smartphone.

If all this was offered by a single person, wouldn’t it seem like a betrayal to go behind their back just to save on their small cut as the ‘middle-man’?

Airbnb is a big company that probably wouldn’t be hurt by some people bypassing the fees owed to them. But does it make it right to do so? Shouldn’t we have respect and gratitude for the teams and individuals who succeed in creating value for us? Should we not support them back to keep their businesses alive? I think so.

There are plenty of tools and services that we use on a day-to-day basis that are taken for granted. Youtube is free. Google is free. Others cost a small price to offer incredible value. Amazon stores products from all categories in warehouses to get them to you by the next day, all for just a few pounds. Why then, do we not show loyalty to them? Why would we not support them with the fees they so clearly deserve?

I  started to think about the different tools and services I use every day. What could I live without? Were they worth the price (provided I had the disposable income to afford them)? More times than not, these tools were worth much more to me than I was paying for.

So I invite you to notice the tools that bring you value. Even if it doesn’t make you empathise with these behemoths, you might just begin to see ‘value’ differently.

*If you'd like to see the Airbnb, I featured it in a video from my trip, find it on Youtube here.