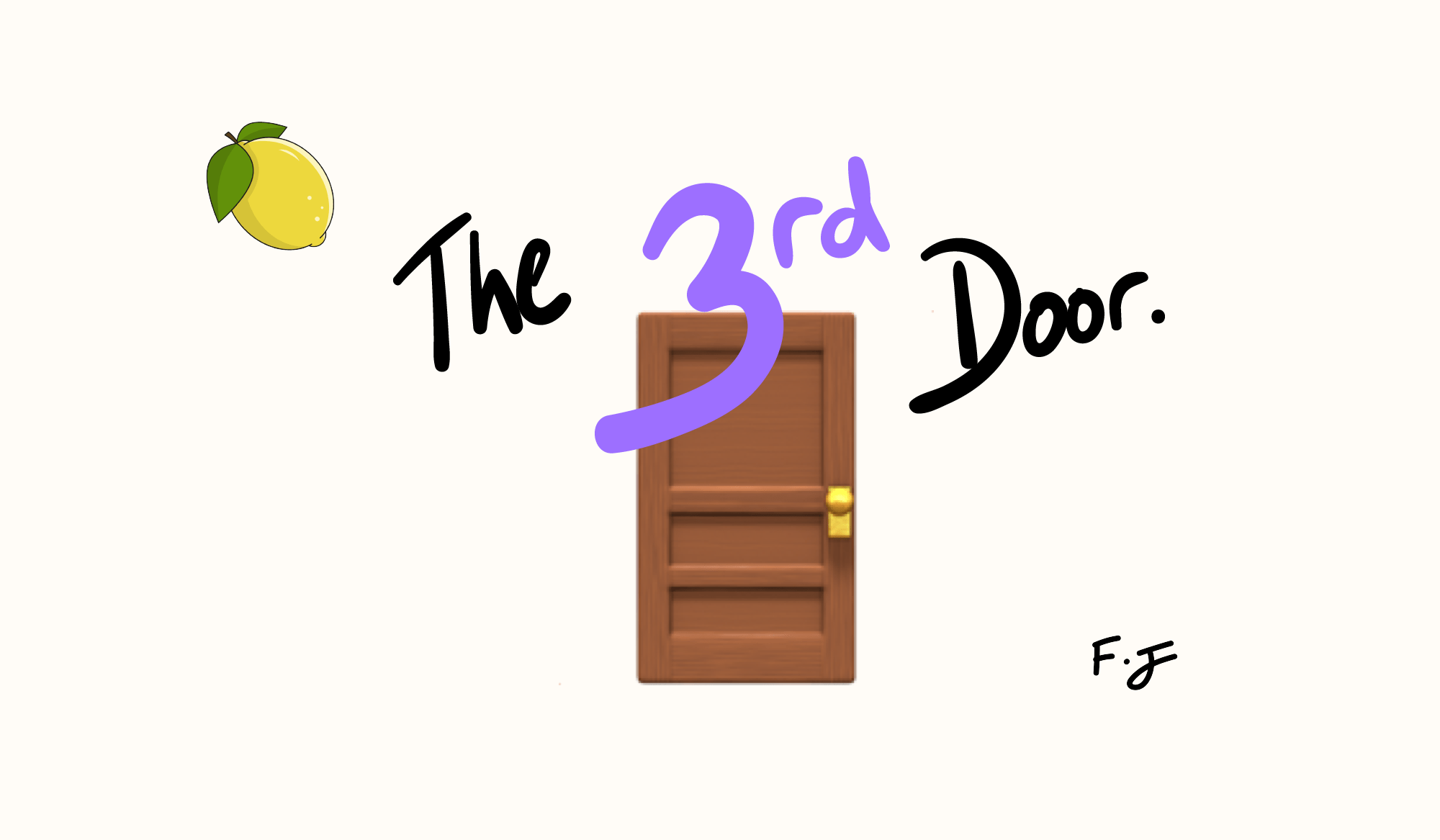 In business, success and life, there’s a hidden passage to getting what you want.

It’s what Alex Banayan calls in his book: ‘The Third Door’.

The first door is where the majority line up to get in. This line wraps around the corner and you have to wait your turn; you won’t get in any time soon.

The third door is the small gap in the window, accessible only from the side-alley.

The third door is befriending the right person who can help you bypass the queue.

It’s the path less travelled and the riskier alternative with no guaranteed outcome.

And it’s very real for those who want it enough.

Half-way through medical school, I faced a big dilemma.

My grades didn’t put me in the top tier of the cohort, so I wasn’t going to attain a preferential job placement post-medical school at the trajectory I was headed.

Everyone was putting in blood, sweat and tears to get to that second door, the one that guaranteed them their 1st job preference. They studied and battled amongst one another for that extra 1%.

I had other side-interests that swayed me away from doing the same, but I knew I was headed for the first door if I carried on the way I was headed.

I’d be receiving the short straw if I didn’t act fast.

So, I found the third door.

The third door was getting academic research under my belt, a favourable accolade that many didn’t bother possessing.

Within a few years, I had more scientific publications and presentations than the average medical student in my cohort.

It helped me achieve a highly competitive job post - my first choice.

It wasn’t easy, but without seeking this third door, I’d have been at the back of the queue.

My grades didn’t change, but my outcome did.

Build Your Own Door

With the final year of medical school approaching, there was one thing I was yet to tick off my to-do list: leave my mark on the university.

I wanted to implement some ideas that I thought would really benefit other students.

The problem? It would require me to have an important role in a university society, something that would take years of working up the ranks to achieve.

I had only one year left and there was no door that would allow me to take a presidential spot as a newcomer.

So, I created my own door.

I applied to create a new society, handpicked my own team and lead them as president.

Out application was rejected. The team who ratified new societies said it was too similar to an existing one.

I was devastated, but there was no chance they’d take my vision away from me. We had built our own door and there was no way we’d let someone tear it down before we had entered.

With the help of a friend, we crafted an appeal so strong they had no chance but to accept us.

Despite juggling my final medical school exams and being the new kids on the block, we went on to host 22 events in 7 months and created a new research-collaboration platform that was so popular, it now has divisions in medical schools across the UK.

At the end of that year, every member of our team won awards for their contribution and performance.

I was even lucky enough to receive an Honorary Lifetime Membership Award, the highest solo award possible

We wanted to leave our mark, and that we did.

If you want something badly enough, take the third door.

And if you can’t find it, make one.