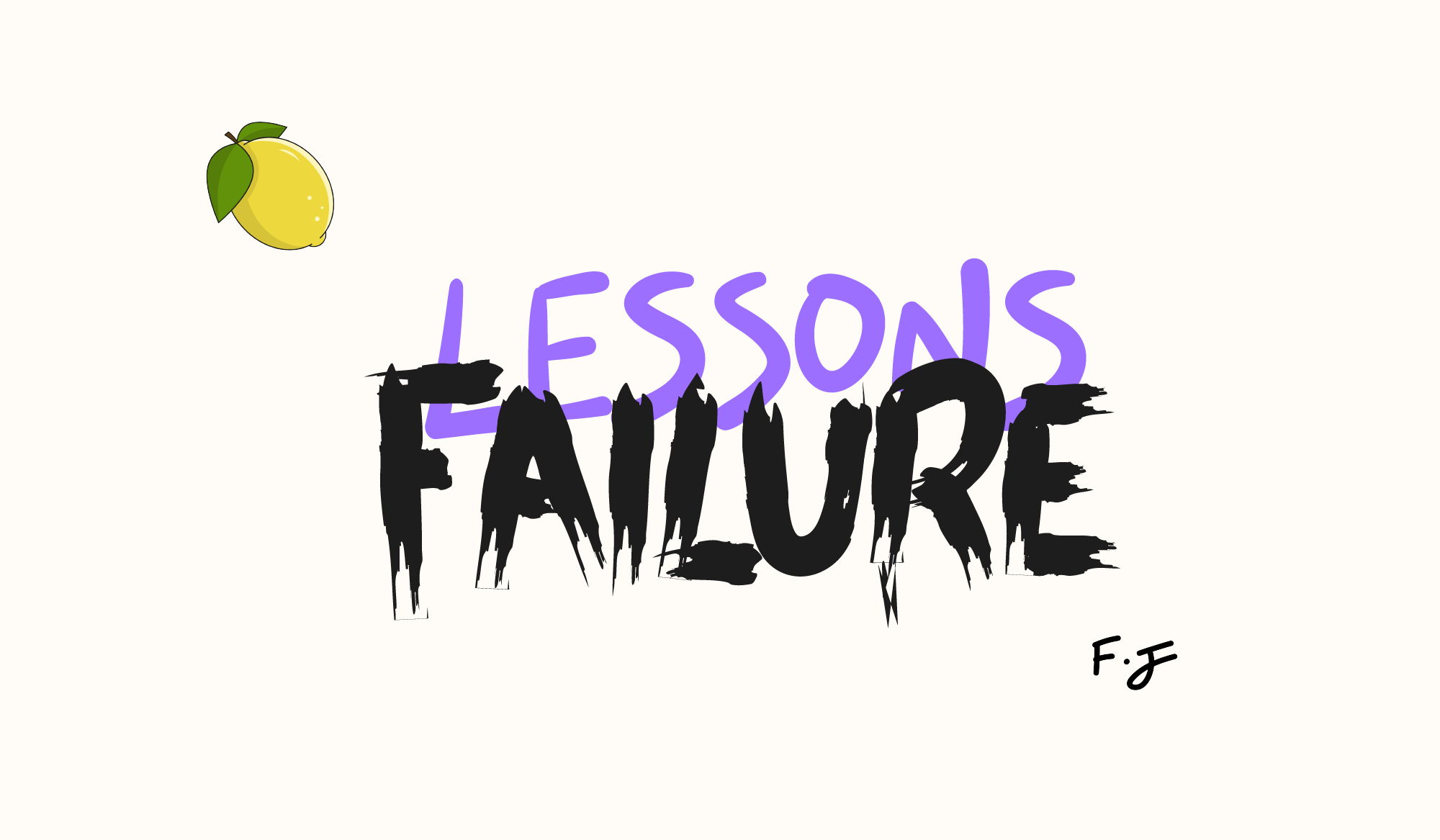 Unpacking the lessons behind failure is one of the best investments I've ever made.

It taught me how to experiment without fear and continually iterate towards better outcomes.

What I once viewed as my biggest failures I now see as my favourite outcomes and best life lessons.

There's a prerequisite to failing that society encourages and celebrates, trying. So why do we shame 'failing' - a direct result of trying?

Trying means that you've taken the first step, a step more than most.

Trying is the keystone in the pyramid of success.

'Failing' means that you tried.

The perception of 'success' can halt further iterations.

Without iterating, you're taking your foot off the accelerator; you're giving competitors the chance to overtake you through complacency.

'Failing' on the other hand, breeds insight into the next possible iteration.

And, if you're brave enough, you'll try again.

Only this time, more confidently, intelligently and creatively.

Every iteration is a chance to see what works better, a chance to get closer to the desired outcome. Keep iterating.

Be willing to fail.

Many of us have learnt the uncomfortable lessons behind failure, but they choose not to experience it again.

They choose comfort over growth and inaction over further action.

Failing feels like crap, but it's a feeling that only you can impose on yourself.

Some people see themselves as failures despite being widely celebrated as successes.

Others have the will to try and try again in the face of public defeat, viewing every setback as a positive learning experience.

How we view failure is the means to what happens next.

Try and see every attempt as an experiment - you learn to become impartial to the outcome.

If the experiment succeeds, it was a successful experiment.

If it failed, it was just the experiment, not you.

So, if you care enough to see the result, keep tweaking the experiment.

If you stop caring or reach a dead-end, start a different experiment.

Shifting your mindset to one of experimentation lightens the burden of failing, and opens you up to a world of possibilities.

Be willing to fail.