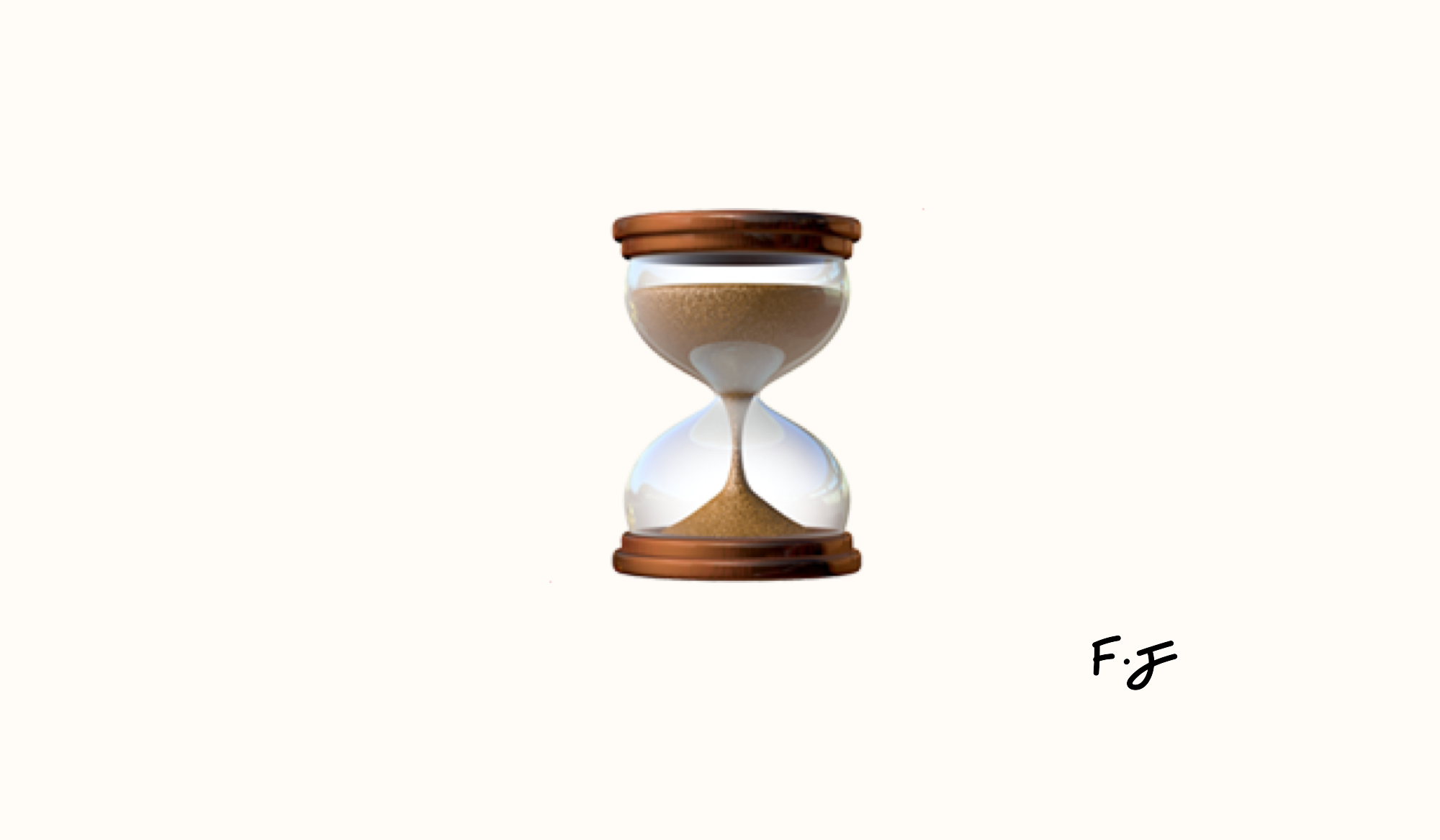 This week, I had an essay deadline to meet.

I had given a teaching session a while back as part of my PGCert in Medical Education, and now I had to cough up a 2.5k word essay, critically reflecting on my lesson using principles of education theory.

I had originally left myself adequate room to get it done, but after several 12-hour on-call shifts at the hospital, I was left in a predicament.

It was Wednesday night, I had another on-call shift on Thursday, and my essay was due on Friday midday.

I had 2 options: Get it done OR ask for an extension...

"Work expands so as to fill the time available for its completion".

During medical school, whenever I'd start a project early, I still ended up working on it right up to the deadline. I would naturally procrastinate and spread the work over all the time I had to get it done,

Parkinson's law had abused my time at medical school. But not this time. Now, I'd be doing the abusing.

A week before the deadline, I told my friend that I'd leave only 4 days to complete the essay.

The thought process behind my strategy was clear: I wanted to leave the project as close to the deadline as possible, leaving no room for procrastination.

If I had left several weeks for the project, I'd have spent maybe 5x or 10x the amount of time on it,  because the work would have expanded to the time I had allotted to it.

In order to work on the essay productively and save time for my other projects, I planned to use Parkinson's law to my advantage.

Note: For all students reading this, I don't recommend leaving important projects till the last minute. This essay, to my own judgement, was not significantly important; I simply had to pass.

With the deadline coming up on Friday, on Sunday evening, I looked at my calendar.

I thought I had 4 days free to get the essay done. However, I forgot that I had stupidly signed up for several 12-hour locum shifts (where you fill the gaps in a rota) at my hospital on Monday, Tuesday and Thursday. That only left Wednesday free.

Worse, it was too last-minute to back out of them.

I told myself I'd get most of it done on Wednesday.

However, I felt incredibly groggy after my covid vaccination (an expected side effect), only managing to flesh out a simple skeleton for my essay along with some chores before calling it a day.

"How much have you done?" asked my friend, again.

"What the hell does that mean?"

He didn't get it.

I felt back to my usual self on Thursday, but as I got home from work, I slumped on the sofa and watched Top Gear, thinking to myself whether or not I should just call it a night and ask for an extension.

I still believed that it was possible to get it done.

I'd been writing articles regularly for almost a year now, so writer's block wouldn't be a problem. Plus, I had already planned a frame for the essay. More importantly, I wanted to prove to my friend that I'd get it done.

Yet, I remained on the fence. I needed a final push, a second wind.

Thursday 10pm, the night before my deadline: I had an idea.

I'd been using social accountability to my advantage for the last year to stick to habits and routines, so could it work here?

Publicly announcing to people that I'm going to do something has helped me to consistently publish weekly blog posts and youtube videos.

So, I decided to tell my Instagram followers about my plan to complete the essay on time, asking them through an interactive poll: "Do you think I can do it?"

Now, if I failed, I'd have let down those who believed in me and proven my doubters to be correct.

I had created some melodramatic social accountability, and they expected to hear a result from me one way or the other.

That was all I needed to tip myself over the fence and get to work.

I don't think I've ever written so much in such little time.

Plus, I did it after a long, gruelling medical shift.

I posted a screenshot of the word count to my followers, my reward for proving what some said wasn’t possible.

The real trophy, however, was that I proved it to myself.

Note: If I fail this essay, this blog post will self-terminate.