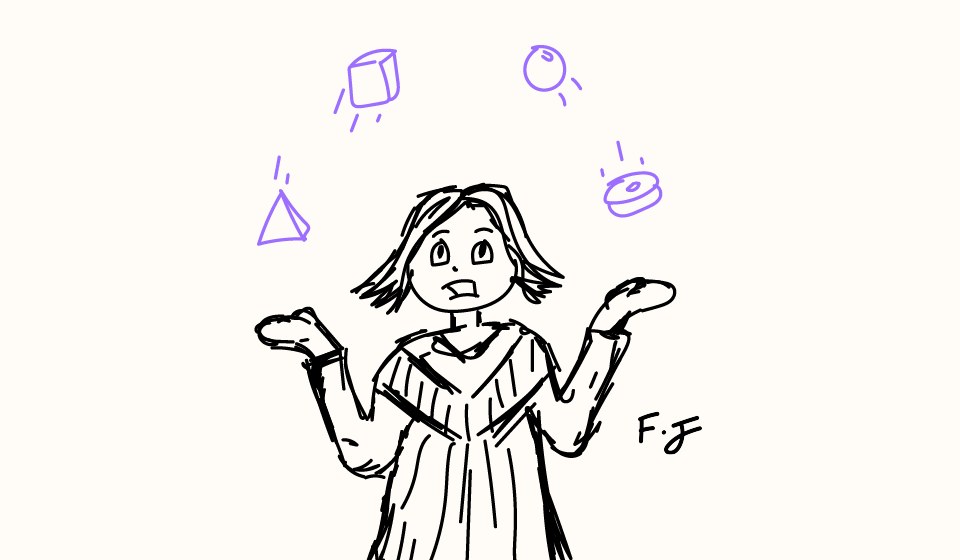 Nine years ago, I started a gaming channel on Youtube. It grew pretty slowly, but over the process of three years, I gathered a following of two thousand subscribers, developed numerous transferable skills and learnt lessons that have stuck with me till this day.

A gaming channel may sound sad to some, but those prepubescent years kickstarted a chain-reaction of possibilities for me that still exist today. More importantly, it instilled an unshakeable residing feeling that creating things should play a major role in my future.

Since then, I’ve dabbled in numerous projects or ‘side-hustles’. I’ve had some arguable successes, but what I’m actively vocal about is my numerous failures and what I’m learning from them, and here’s another.

When it comes to the ‘root-cause’ analysis of my setbacks, my friends and I can all agree on one thing: I spread my focus too thinly across multiple projects at any one time.

I’ve known “the solution” for a while too: At any one time, focus on the one thing that will yield the most significant results.

Now, I’d like to comment on how this is a somewhat lazy answer to the intricate complexities of real-world scenarios, but typically, you have to hit a metaphorical ‘home-run’ in one of your projects before you’re permitted to hand out such advice.

I haven’t, but here’s my twopence anyway.

The upside of juggling multiple projects

There’s no denying that you cannot give your all to one idea if your attention is being shared elsewhere. But what if one idea feeds into and nurtures another? What if project X provides inspiration for a new feature of project Y? What if a lesson learnt in project Y leads to a reiteration of project Z?

Narrowing your focus onto one idea is great advice.

That said, let’s not disregard how we can reap the rewards from doing the exact opposite.

“But my hope was that when I failed, if I failed, I’d fail quickly, so I’d have enough time, enough years, to implement all the hard-won lessons… Fail fast.”

It’s been said that ‘you should fail often so that you can succeed sooner’. Therefore, it would surely follow that if we simultaneously made mistakes in different disciplines, we’d also be improving in those disciplines.

Should the lesson not be, then, to explore as many idea avenues as quickly as possible (particularly in our early years), quickly evolving in the process and eventually choosing something we can go ‘all in’ on?

To me, this makes a lot more sense than keeping our blinders on for a single calling, a process which can hinder lateral thinking and delay the creative culmination of something far greater.

In a book about the ‘disciplined pursuit of less’, Greg McKeown describes the notion of essentialism, an idea that ‘less equals more’ and how saying ‘yes’ only to the right things at the right time can free you of burdensome time and energy.

He makes a brilliant case for cutting things out in order to expand the presence of things that matter the most. But what if the things we cut off leave a visceral feeling of regret? Should we neglect a much-needed creative outlet or unfulfilled dream?

The removal of hobbies and interests that leave us with residual distress has astutely been likened by Seth Godin to phantom-limb pain, a phenomenon where amputees feel pain in a limb they no longer possess.

In the years following my Youtube departure, I was left with a subtle discontentment at the loss of a creative outlet in order to focus on medical school. I too, suffered phantom-limb pain.

If you, too, find yourself suffering such symptoms when cutting out “non-essential” interests, perhaps you should split up your attention. Life’s too short to not spend your time on the things that matter to you.

One thing I had noticed in medical school is that juggling multiple projects kept me more productive than spending that same amount of time on a single project.

Yes, your attention would be split, but when you can easily identify the tasks that need completing, it’s easy to toggle between projects in a time-efficient manner.

“Work expands so as to fill the time available for its completion.”
— C. Northcote Parkinson

If you’re familiar with the Pomodoro technique, a time management method where long periods of focus are broken into 25 minute intervals, you’ll understand that the aim is to purposely and periodically divert one’s attention in order to maintain focus and prevent mental fatigue over the course of a few hours.

Just like switching from an important task to a periodic break, changing from Task A to Task B may provide refreshed mental stimulation.

Next time your focus starts to drift on an important task, try switching to a different (but no less important) task and see how you fare.

Whether it be over hours or days, juggling various projects may not be the most time-efficient method of hitting home-runs, although it can be an enjoyable, productive and educational experience along the way. Don’t discount it.